ManilART is the flagship activity of the National Commission for Culture and the Arts (NCCA) Museums and Galleries Month (MGM), celebrated each year in October. For its thirteenth year, ManilART is observing the theme “Continuing Legacies”, resuming its regular programming from October 13 to 17 at the SMX Convention Center, SM Aura Premier, Taguig City.

ManilART was created on the backbone of professional galleries representing world-class Filipino artists on the global stage. Living masters of Filipino art continue to top the top of the fair’s top list. These artists have won local and international accolades, participated in prestigious programs, exhibited around the world, and built the monuments we see around us today. They are representative of the degree of excellence of the time and offer collectors and enthusiasts the unique opportunity to see and meet in person the works and the masters themselves.

“Symphony in Blue” by Aracelli Dans which will be exhibited this year at ManilART 2021.

Araceli In. At 94, Dans, multi-award-winning, whose previous exhibition was at ManilART 2018, returns this year. Mentored by national artists Fernando Amorsolo and Guillermo Tolentino, she has built a lifelong legacy of works representing the accomplished Filipino artist and educator. Best known for her subject of calado embroidery, she continues to paint fine, large-scale works coveted by top collectors over the decades. 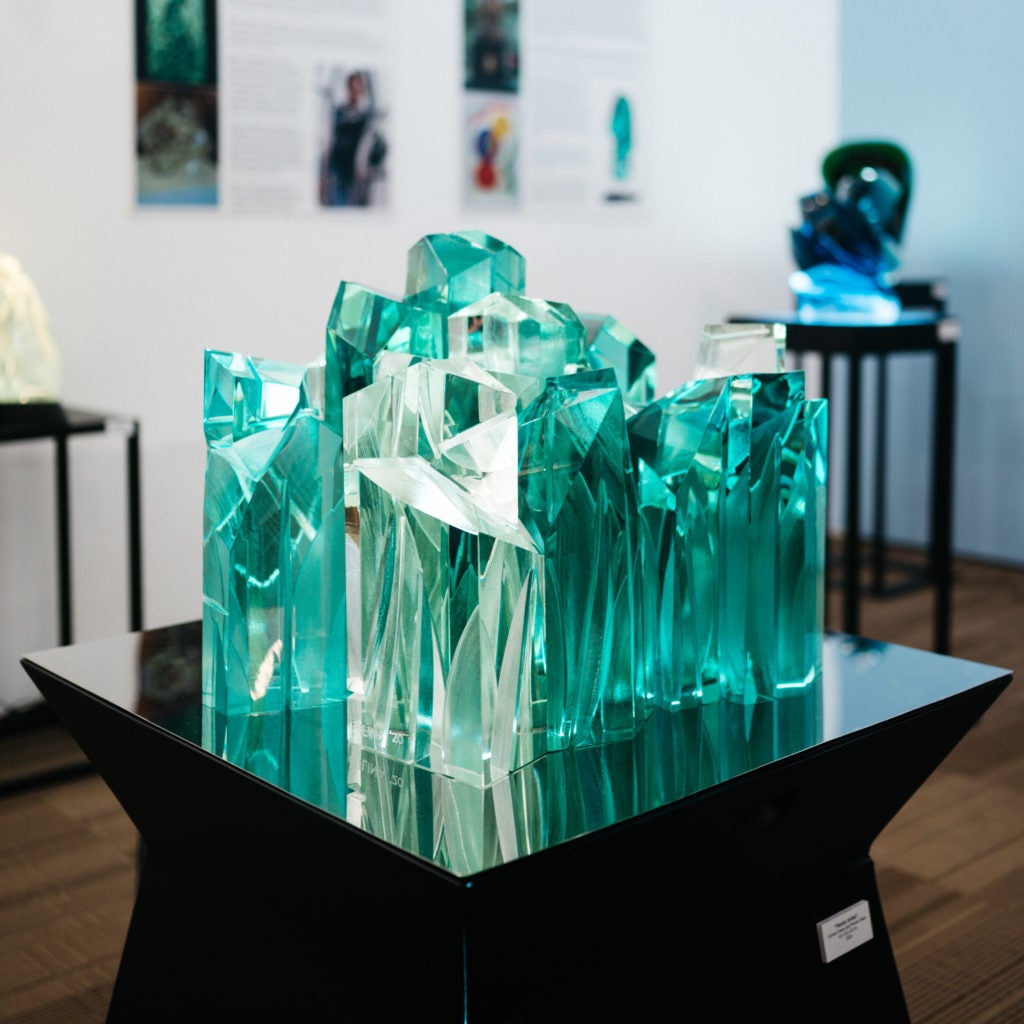 Ramon orlina. Orlina is unprecedented in the field of glass sculpture. Over the course of five decades, he has never stopped innovating in techniques and pushing the limits to refine the play of light and glass in his pieces, such as the best reviews at the eponymous Museo Orlina in Tagaytay. This year his works are taken to a new experiential level, as will be unveiled at the very first phygital exhibition in the Philippines.

Romulo Galicano. A mainstay of ManilART since its inception, Galicano continues to chronicle contemporary history in its romantic realist style. Recipient of numerous local and international accolades, most recently a triple at the American Art Awards, he brings his award-winning style to make events current in large scale semi-murals.

Nemiranda. Nemesio Miranda, Jr. is another chronicler of history through numerous private and public works of art. From her murals of the EDSA shrine, from the People Power monument to the “Path of Mary” stations stretching from Mandaluyong to Antipolo, Nemiranda contributes her story to the five-year celebrations by highlighting the 500th anniversary of Mactan’s victory to the heroes of today in times of pandemic. 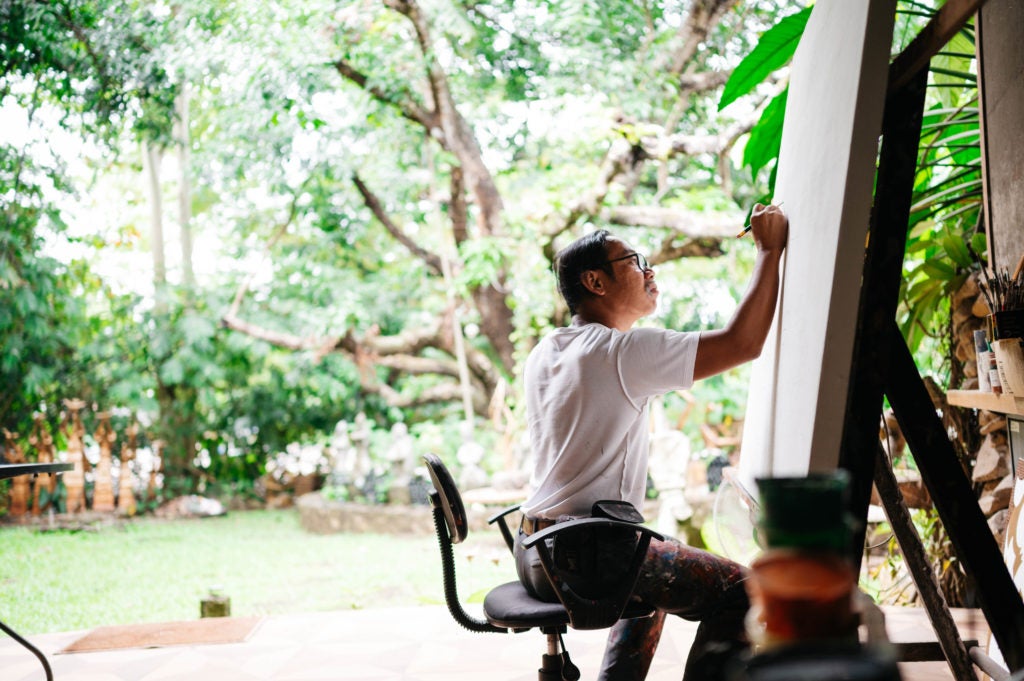 Kublai Millan. Representing the indigenous and contemporary art of Mindanawons, monument maker Millan brings a Mindanao perspective to the table. Best known for his public sculptures, including the “Durian Genesis Lore” at Davao Airport, he is the spearhead of the Mindanao Art Fair as well as a ManilART satellite exhibition by Balai Kalipay, co-presented with the ministry. Foreign Affairs.

Sow for the future

Legacies are built over time. Today’s young people are laying the foundations for their place in our artistic heritage in the years to come with their constant excellence and dedication to their profession. Today, the sought-after talent of the next generation is showing off at its best at this annual event. These include Francis Nacion, Jonathan Dangue, Melissa Yeung Yap, Wencyl Mallari, Kenneth Montegrande and Katrina Cuenca, among others.

In recent years, as a National Art Fair, in addition to physically bringing exhibits to the main fair itself, ManilART has organized art caravans in all three island groups. Over the course of world events, this caravan has been innovated to take the form of online virtual exhibitions. Although they are physically installed in situ, 360-degree guided tours on the ManilART portal take the public to virtually visit the shows that take place simultaneously “off-site” during the fair. This brings art directly to the homes and screens of the public while remaining linked to its context and place. In synchronization with the “On-site” fair, the portal brings together a shared experience of the celebration of art and a one-stop shop allowing the online visitor to virtually discover art “under one roof”. This year, six satellite broadcasts are offered in different cities of Luzon and Mindanao.

Kalipay broom. Balai Kalipay is located in the mountainous region of Malagos, in the city of Davao. It was built and directed by renowned Mindanawon sculptor Kublai Millan, whose works and pleadings have been featured in ManilART. Its name translates to “House of Joy” and its vision is to chronicle indigenous and contemporary art in Mindanao. This is being undertaken jointly by ManilART and the Cultural Diplomacy Unit of the Ministry of Foreign Affairs. 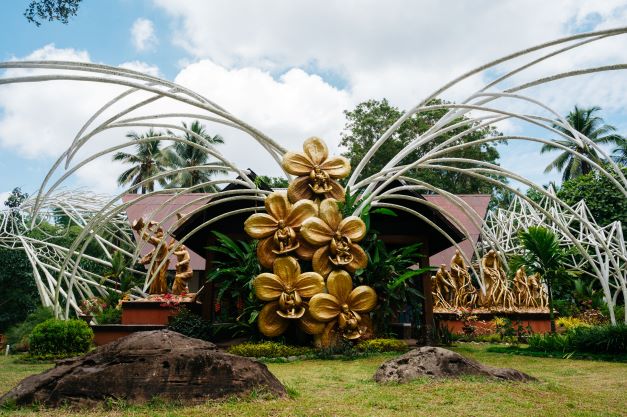 Entrance to Balai Kalipay in Davao. 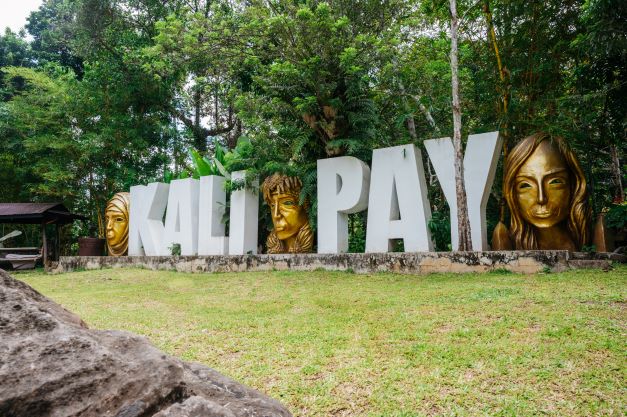 Kalipay written in large letters next to the monuments of Kublai Millan. 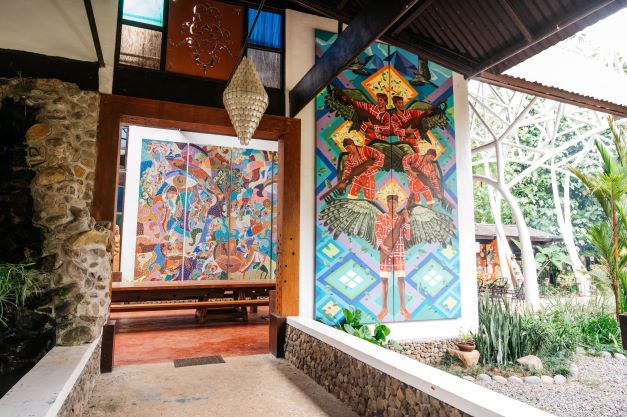 Balai Kalipay is home to large murals by Kublai Millan as well as a collection of works by other artists.

Likhang Silangan. Rizal has also made a name for itself in the art scene as the birthplace of Filipino art, with its municipality of Angono named the arts capital of the Philippines. Thus, “Likhang Silangan: The Art EASTory of Rizal” will be held from October 10 to 23 at the Angkla Art Gallery in Angono. There is already a decorated list of local visual arts legends such as the late national artists Carlos “Botong” Francisco and Vicente Manansala, as well as 19th century artist Juan “Tandang Juancho” Senson.

Tarlac art. The Coeur de Luçon will forge its own heritage in the field of arts and culture. “Tarlac Art” will take place from October 1 to 22 in Diwa ng Tarlac. This will be the first visual arts exhibition featuring exclusively artists from Tarlac. This is a collaborative effort between ManilART and the provincial government of Tarlac. 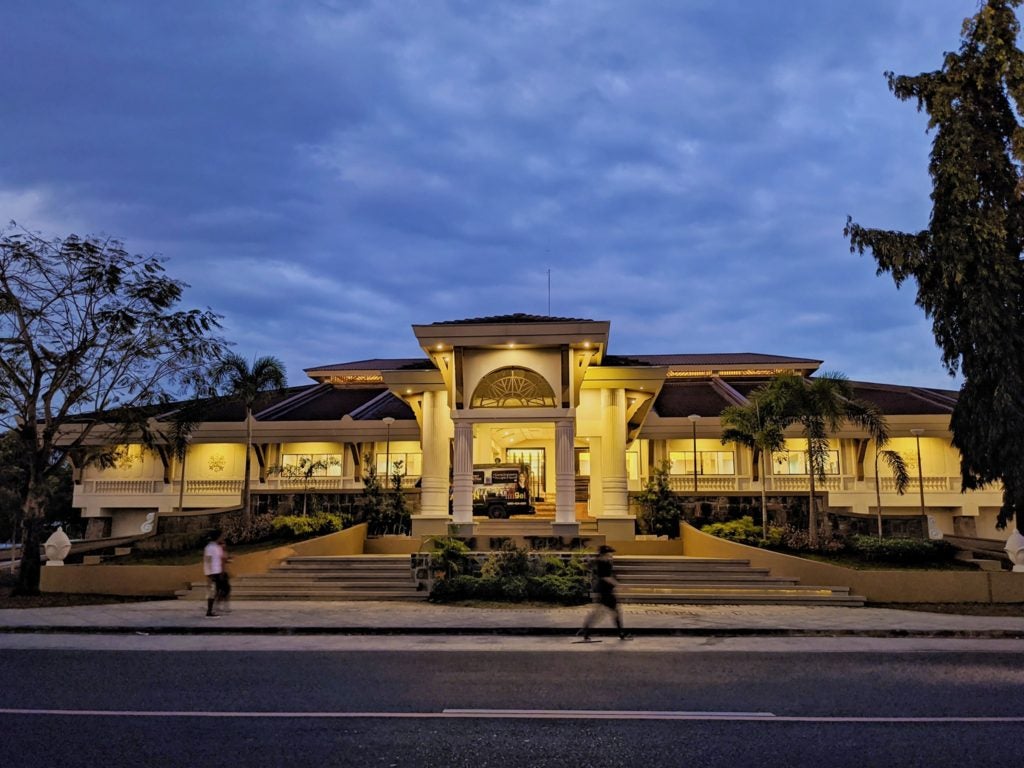 Diwa ng Tarlac where Tarlac Art will be held from October 1 to 22. Photo from Dito Sa Tarlac’s Facebook page.

Casa Carlitos. Filipino sculpture lost one of its most unique and prominent living greats with the sudden passing of Carlitos Ortega. The museum café keeps some of his works in sculpture and brass design and will be inaugurated as a satellite and tribute exhibition.

Beyond physical borders – Presentation of Phygital

With the advent of the digital scene, ManilART opened its online portal last year to bring the public to a better experience of the Show via 360 degree virtual tours. But a virtual glance is only the beginning of the journey, soon art will be ushered in a truly digital age with the introduction of galleries and virtual collections where art in digital format will coexist with physical art. . The time will come when entire virtual museums can be uploaded to the cloud and transported to the world and beyond.

ManilART2021 launches its first “phygital” exhibitor. G9 ONline will host a phygital show that will feature a digital work as an NFT, alongside the physical original as a painting or sculpture. The Non-Fungible Token (NFT) is a digitally encrypted interpretation of an original work that can be considered a “digital or multiple print” based on a physical work of art. The NFT is viewable and displayable in a virtual gallery and can be traded in the crypto market similar to crypto art. Its non-fungible nature means that the digital rendering is an original and not just a capture or capture of an image online. It has a traceable provenance and can be seen as an enhancement of the physical piece.

For the initial collection, limited edition prints will be published of works by Ramon Orlina, Ed Coronel, Bell Sison, Isobel Francisco, among others. 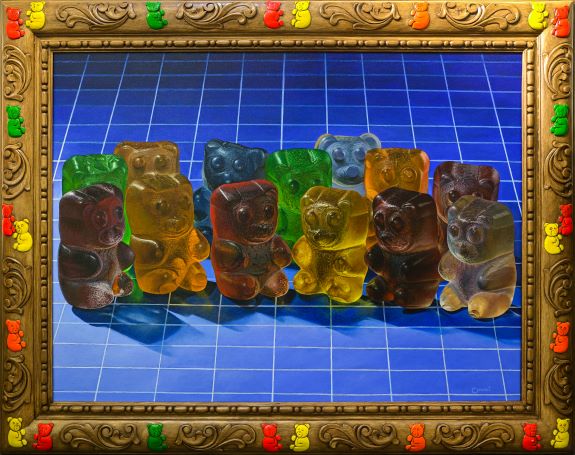 Ed Coronel’s “Diversity” will be accompanied by a non-fungible token (NFT).

Fiftieth anniversary of the Philippines

ManilART joins in the quinquennium commemorations through activities and exhibits co-presented at NQC-ManilART with the National Quinquennium Committee and the National Historical Commission of the Philippines.